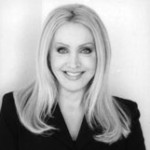 Estelle Asmodelle is a professional musician with a passion for Astronomy, and is currently studying towards honours in Astronomy. She also publishes articles about Astronomy and related areas.

Her area of interest is Special & General Relativity and its relationship with Cosmology and Astronomy, and also theoretical physics as well.

In her early academic life Estelle studied toward a B.Sc. (Physics), and then two years later transferred to a B.Math (Computing Science), at Wollongong University. It was in these early student days that her passion for astronomy, relativity and cosmology first sparked.

In 2016 Estelle graduated with a B.Sc. Astronomy (1st class honours). In 2019 Estelle became a PhD candidate at the University of Queensland, within the physics and mathematics department. Her work: “The project will investigate new approaches to treating quantum mechanical systems interacting with gravity in situations where a general relativistic description is essential. In particular small levels of back-action onto the metric by quantum mechanical systems will be studied in terms of the evolution of entanglement and other quantum informational quantities.” However that was the initial proposal, but now it looks like incorporating relativistic Bohmian mechanics. This work is now the subject of a paper that is being published with Nature Communications in 2021.

Estelle also has planned working toward another PhD at the University of Sydney in 2022, with an investigation into the nature of time within astrophysics.

Estelle is active in writing about astrophysics and relativity, and a Fellow of the Institute of Physics (UK), and a member of the Australasian Society for General Relativity and Gravitation (Aust.).


Additionally, she has written for Cosmos magazine (Australia) and also write feature articles for the Journal for the Institute of Science and Technology in the UK, about astrophysics and relativity.


She also recieves invitations by various astronomical groups to give presentations in areas of interest, especially astronomy. She also teaches three different modules in Cosmology at the Central Coast Community College, on the campus of Newcastle University, in NSW, Australia.


However, these days Estelle is studying towards a A Bachelor of Science Astronomy [Honours] with the University of Central Lancashire, in the UK.